On September 11, 2001, Dr. Navinderdeep Nijher was a surgical resident in Brooklyn, NY. From across the river, he and his colleagues watched as the twin towers came down. Dr. Nijher and several of his colleagues rushed to the scene of the disaster and set up one of the first triage centers at Ground Zero for the treatment of victims of this horrific event. After spending the entire day at Ground Zero, it wasn’t until the following day that he finally returned home. Unfortunately, by then the world had changed and he experienced similar backlash as did other Sikhs, because of the fact that he wore a turban.

From that day on, Dr. Nijher has been extremely active in the Sikh community with a focus on educating people about Sikhs. He did an extensive media tour across the United States on the one year anniversary of 9/11, and his story has been featured in multiple national and international media outlets. He continues to be actively involved in multiple Sikh organizations both professionally and philanthropically.

Dr. Nijher now lives in Ocala, FL with his wife Sukhbir, and their three children, Kharig, Kehber and Sarohi. He is a Clinical Associate Professor of Surgery/Plastic Surgery at the University of Central Florida and is one of the most sought after plastic surgeons in Central Florida.

He is also the Secretary/Treasurer of the North American Sikh Medical and Dental Association. In this role, he is the primary organizer of this years NASMDA meeting as will as the inaugural Sikh Professionals Convention being held in Toronto. 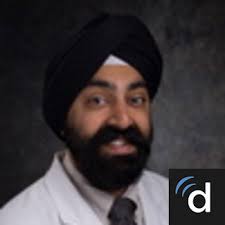 In 2010 he developed a special interest in critical care patient safety, quality, and efficiencies, and earned a Masters in Healthcare Administration at the University of North Carolina in 2010. He currently serve as Carolinas’ Adult Critical Care Network’s Medical Director of Practice Education and Professional Development. Here we provide an array of educational offerings for healthcare professionals such as physicians, residents, nurse practitioners, physician assistants, nurses, respiratory therapists and others. He places special emphasis on training NPs and PAs as Medical Director of the MICU, Pulmonary and Core Curricula of the Center for Advanced Practice as well in adjunct roles as a Fellow in the Center for Faculty Excellence.

He has held or currently holds several committee and leadership roles for the American Thoracic Society, Society of Critical Care Medicine, CHEST, and the American Academy of Sleep Medicine.

Jaspal enjoys spending time with his wife and 3 children as well as try to stay involved with the local and national Sikh community as well as the local interfaith community. His hobbies include exercising, philosophy, traveling and college and professional sports, including the Duke Blue Devils, Michigan Wolverines, Carolina Panthers and Charlotte Hornets. 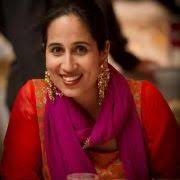 Parveen Kaur Dhillon is an American-born Sikh and the author of My First Sikh Books, a set of board books designed to strengthen the pride and self-identity of young Sikh children. For several years, Parveen helped run the Lohgarh Retreat and is currently serving as a Director of the Lohgarh Sikh Educational Foundation. She was active in post-9/11 issues especially in the Bay Area, and helped draft the curriculum for The Sikh Next Door, a multimedia educational project about Sikhs in America. She has co-authored several resources to prevent bullying and is active in multiple Sikh community activities, including her local Khalsa Schools. Parveen holds a Masters in Education from the University of Virginia, and a BA in History and Asian Studies from Loyola University. She studied in Nanjing, China, as an undergraduate and taught English in Japan for the JET program. Her professional background is in Marketing and Business Development. Parveen was born in Virginia, raised in Maryland, and is settled in San Jose, California, with her husband, Mandeep, and three children, Tegh Zoraver Singh, Hazuri Kaur and Nivaaz Kaur. 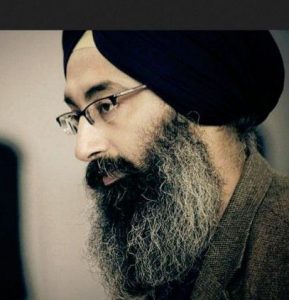 Harinder Singh is a widely respected educator and thinker who is deeply in love with 1Force, the Oneness that radiates in all. Love and Justice symbiotic paradigm propels him to leverage public awareness for social change. He currently serves as the Senior Fellow, Research & Policy, at the Sikh Research Institute. Mr. Singh co-

founded the Sikh Research Institute and the Panjab Digital Library, organized the Free Akal Takht movement, and envisioned Kaur and Singh Academy. He served on the boards of the Nation

al Conference on Community and Justice, The Fellowship of Activists to Embrace Humanity, The Nanakshahi Trust, among others. He is an author and sought after public speaker, raising consciousness of audience around the world. He regularly appears on radio and television programs globally. He also consults on curriculums, exhibitions, and films. He holds a BS in Aerospace Engineering, MS in Engineering Management, and MPhil in Guru Granth Sahib. He is Guru’s Sikh, Panjab’s lover, and Begampura’s Jedi. 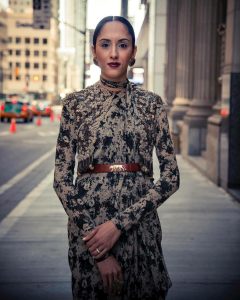 Born in Brantford and raised in Toronto, Gurpreet is a Canadian Sikh.  Now a  marketing consultant,  she attended the Parsons School of Design in New York and went on to join the marketing teams at Pink Tartan and Holt Renfrew.  More recently Gurpreet helped bring the Saks Fifth Avenue brand to the Canadian Market, the most successful launch in company history.  She has an avid interest in Sikh history, Punjabi culture, fashion and the arts, as well as event planning.  Gurpreet lives in Toronto with her husband Sabir and their puppy Alfie. 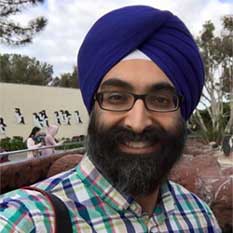 Kulvir Singh Gill has almost 20 years of experience working at the intersection of innovation, technology and sustainability. As a Senior Principal with the strategy firm Clareo, Mr. Gill leads international projects across multiple industries including mining, oil and gas, heavy industrial, banking, retail and media.

Mr. Gill has also recently served as the founding Executive Director of the Development Partner Institute to advance sustainability in mining. He began his career as a management consultant with Oliver Wyman before holding several positions with Barrick Gold Corporation.

Mr. Gill is also passionate about community service. He is a co-founder and current interim volunteer Executive Director of the Seva Food Bank in Mississauga. He also serves as Board Chair for the William Osler Health System Foundation and the Sikh Research Institute (Canada). Mr. Gill is a recipient of the Queen Elizabeth II Diamond Jubilee Medal and a 2010 Action Canada Fellow. Mr. Gill holds a B.Sc. and a B. Comm. from the University of Calgary. He lives with his family in Brampton, Ontario.